The Board of Trustees governs and guides the Charity and works closely with the CEO and management team. Sarah has been involved with Early Years education throughout her student and working life and was involved from the very beginning when founder Sheenagh Davis, MBE set up HOPE in 1998. Sarah was appointed Chair of the Board in 2017 and has supported the Trustees as interim Chair at times during her time on the Board.  Her wealth of knowledge and expertise in the area of Early Years is used in her role as Ofsted nominated Trustee. Gill was a dentist by profession and has lived in Bromyard for over 25 years. For most of that time she practised as a dentist in the town and brings her knowledge and experience of working in Health to the Board. She and her husband both work locally and they have a grown up family.  Gill was appointed Vice Chair of the Board at our annual AGM in November 2018 and sits on the Buildings and Strategy Groups. 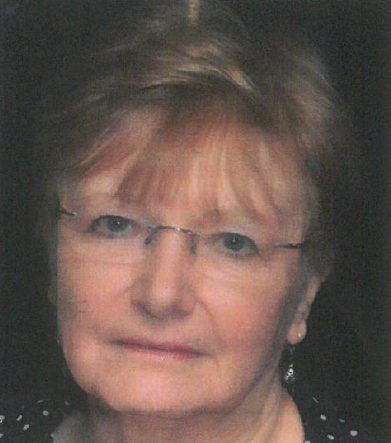 Janet is a nurse by profession having specialised in adult and paediatric intensive care.  From a management role at the Department of Health and various Authorities in the West Midlands she subsequently became a senior lecturer at Aston University Management School and Birmingham University. She retired as Chief Nurse and Director of Operations at Hereford Hospitals and now takes on various voluntary roles. Janet lives with her dog Sherrie in Ullingswick where she is visited frequently by her grown up family and grandchildren. Janet is Chair of the Strategy Planning Group.

Adrian is a Herefordshire boy who was born in Colwall and now lives near Ledbury. He had a career in Sales and Marketing for companies such as Johnson and Johnson and Philips CE.  Before retiring in 2020 his final role was a Sales and Marketing Director for an Automotive manufacturer based in the West Midlands.  A keen golfer and big cricket fan, Adrian also enjoys horse racing, equestrian sports, rugby and football.  He has been very involved in fundraising for sporting clubs and charities.

Annabel moved to Bromyard about 3 years ago, having spent more than 20 years living and working in Singapore. She was a corporate lawyer working for Diageo plc for the majority of her career. Since retiring from full time corporate life, she has been involved in local charity work and through this has enjoyed meeting people in the area. She enjoys gardening, keeping fit and bridge.  She is married to Charlie who was born and brought up in Herefordshire and has 4 children.